For years commercial drivers have been stereotyped as being unfit and overweight. A symptom of the job perhaps?

Too much sitting, too much snacking on unhealthy food. Throw in the time-pressured nature of the job, plus frustration caused by congested roads and it’s hardly surprising that a lot of drivers aren’t in tip top physical condition. But not any more – particularly if you’re a van driver.

A survey commissioned by Volkswagen Commercial Vehicles has discovered that the modern van driver is far more savvy about eating healthily and much keener to exercise. For instance, one in seven van drivers now prepares their work food at home, giving them more control over what they’re eating and reducing the temptation to snack on junk food. 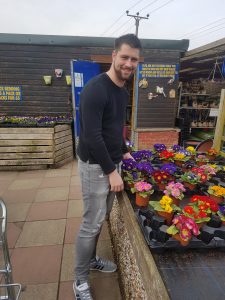 Commenting on the results of the survey, Sarah Cox, Head of Marketing for Volkswagen Commercial Vehicles said, “This research seems to show that nowadays, van drivers are leading a much healthier lifestyle than you might expect. Rather than grabbing whatever they can while out on the road, they are tucking into homemade lunches of salad and fruit – a far cry from the food you might expect them to be eating.”

Luke Adams, who’s on the books at Driver Hire Wakefield (pictured), agrees with the findings of the VW survey. Alongside some car delivery work, he mainly works as a van driver. “I go to the gym and when I’m not behind the wheel, I walk as much as I can. As for diet, because of timescales when I’m working, it’s often a case of grabbing what I can, when I can. But I make up for it at home by always choosing healthier options – such as chicken or fish – for my main meal. I think being fit makes you better at your job.”

For more information on driver wellbeing ask your local Driver Hire office for our information poster or take a look at the resource section.